Should you feel comfortable using concrete for home renovations when another product will do? It is true that the cement industry is often accused of being a large producer of greenhouse gases. That is because significant amounts of carbon dioxide are released when cement is made. Part of it, about sixty percent, comes from the chemical reactions that take place when limestone is heated at extremely high temperatures with the other components of cement. The other part comes from burning the fuels to create tremendous amounts of heat.

Right now, California cement is primarily made by burning coal or petroleum coke. This type of coke is a byproduct of oil refining that looks like black sponges or hard marbles. It burns with a high heat and creates less pollution than coal, but it is still a big greenhouse gas producer. Sharply reducing the use of coal and coke and switching to cleaner natural gas will significantly help California reach its goal of 40% reduction in greenhouse gas production from cement manufacturing.

The majority of the nine cement plants are now using devices that capture much of the greenhouse gas released during the manufacturing process. It is expected that by 2040 the techniques and equipment used to accomplish this carbon capture will improve. Combining the improvements in carbon capture technology with the change in heating fuels during the nineteen years remaining is expected to make the goal of 40% reduction obtainable.

What Can California Custom Coatings Do For You?

When scientists try to determine the long-term effect of a product on the environment, they look at the lifespan of that product. That’s why single-use plastics are becoming increasingly unpopular. They get used once and then thrown away. Added up together, they represent a huge amount of pollution.

Concrete, on the other hand, lasts a very long time if it’s treated right from start to finish. Quality materials, quality installation and quality maintenance all limit the effect that making cement has on the environment. That’s because if your foundation, patio, walkway or curb is done right, then it won’t need to be repaired or replaced later! You can lay that concrete down once and then use it for a lifetime! When California Custom Coatings covers your concrete slab, floor, or walkway with any of our epoxy or urethane products, that concrete is guaranteed to last longer and look better.

So when you consider using concrete for a new construction project, remodel or refurbishment, remember that California Custom Coatings is one more part of the process of making concrete a better choice for our environment! 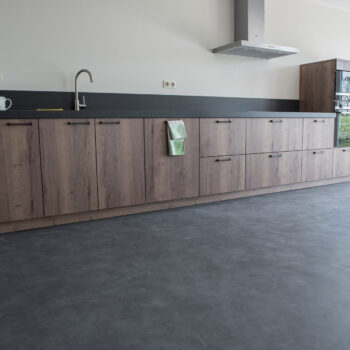 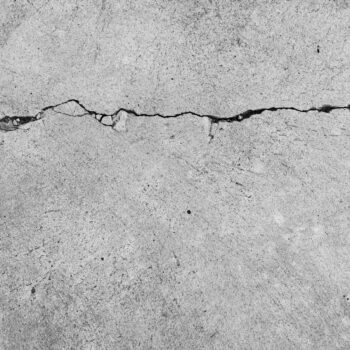