Is Magnetizable Concrete in Your Future?

Is Magnetizable Concrete in Your Future?

“Magment” Offers Vehicle Charging When You Park or Drive

One of the problems with electric vehicles is the lack of charging stations and the amount of time it takes to charge a vehicle battery. Here in the Sacramento Valley, a UC Davis study reported that the majority of people who sell an electric vehicle (or EV) and go back to driving with gas do so because of concerns about the difficulty of charging the battery. So imagine being able to charge your car simply by driving down the highway! Or what if you could just charge your EV by parking it in your driveway, the garage, or certain parking spaces? All of this may be possible within the next ten years due to magnetized concrete.

The key to wireless charging while driving is the use of inductive coils. Many people already charge batteries for their phones and other devices using inductive charging. You simply set the device on the charger and a magnetic field charges the battery. No wires are attached! The concept behind magment works the same way. Inductive coils are buried in special concrete containing ferrite particles. This iron-loaded concrete boosts the potential of the magnetic field generated by the electricity moving through the coils. Car or truck batteries modified for inductive charging can power up simply by driving over the roadway! The cost could be paid for by government subsidies or by the drivers themselves using tolls based on the amount of electricity used.

With the support of the National Science Foundation, various universities and transportation departments in the United States are testing this concept, including Purdue University with the State of Indiana. Purdue and Indiana first plan to create a quarter-mile test track. If the results are promising, the Indiana Department of Transportation would then build a test section of highway using the concept.

Likewise, in Europe and other lands, governments and transportation departments are building test sites and comparing costs. In Germany, the big three automakers (Volkswagen, Mercedes, and BMW) have all committed research funds to the concept. VW is especially invested in electric vehicles and is working with multiple concepts worldwide. For example, the German car company is working with the Department of Energy’s Oak Ridge National Laboratory and the University of Tennessee to charge a Porsche in only ten minutes of driving!

Will magnetized concrete appear in new home constructions? Could you charge your car simply by parking it in the garage? If your driveway needs renovation, could you rebuild it with wireless car charging? Systems already exist for charging electric forklifts and automated vehicles in warehouses and commercial buildings. It’s expected that within the next five years we will know more about the feasibility and costs of EV charging. What is certain is that the best way to protect your magment will be with customized epoxy surfaces, like those offered by California Custom Coatings! To protect new concrete or renovate existing concrete, contact us for a free consultation and estimate. 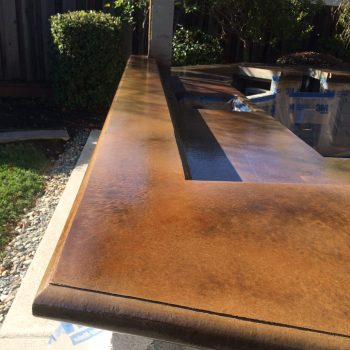 One Thing Epoxy Cannot Do 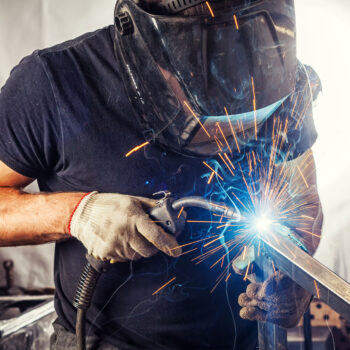