The ancient Romans are well known for their engineering prowess, constructing buildings, aqueducts, entertainment centers, roads, harbors and monuments that survive even today. What’s most amazing about their structures, however, is that the concrete and mortar used to build them, especially in their harbors, is stronger today than it was over two thousand years ago! How did they do it?

The Recipe is the Key

Around 30 B.C. the Roman engineer Marcus Vitruvius wrote down the recipe for their concrete: volcanic ash, lime and seawater, mixed with volcanic rocks, the latter acting as the aggregate. Modern studies reveal that the rocks made up 40 to 45% of the mix, with the “cement” making up the other part. At the harbors, this concrete would be sunk underwater, surrounded by wood forms, where it would set over time.

First off, in our last article we talked about the heat generated by concrete as the ingredients combine together chemically. For Roman concrete, this heat reaction was especially noteworthy! Vitruvius mentions the “latent” heat released by the reaction between the components when combined and submerged in saltwater. Examining the basis of this comment, mineralogists believe the internal temperature of one large Roman breakwater in Italy’s Bay of Pozzuoli was anywhere from 150 to 200 degrees Fahrenheit for two to three years! And that’s despite the fact that part of the structure was sitting in water! So the heat generated significant strength quickly, yet the surrounding water prevented the concrete from drying too rapidly and ruining the internal molecular matrix.

Secondly, the combination of volcanic materials with seawater generated two compounds not normally found in modern concrete: aluminum tobermorite and phillipsite. Both of these promote very strong crystaline networks. Pliny the Elder commented proudly on Roman concrete that when submerged and exposed to seawater it became “a single stone mass, impregnable to the waves and everyday stronger.” Due to these studies, we realize that he was right! As the seawater infiltrated the concrete’s porous structure, it continued forming more and more molecules of Al-tobermorite and phillipsite, century after century. These molecules and their resultant connections to other components guaranteed a stronger structure over time.

In contrast, salt water rapidly erodes the steel supports necessary to lend strength to modern concrete. Within a matter of decades, the concrete we pour today begins to crumble in oceanic environments. Yet, without any steel support, Roman concrete lasts far longer – up to 100 times as long!

Don’t Have Any Volcanic Concrete?

The Romans partly stumbled into their special coastal concrete mix, since volcanic activity is common on the Italian peninsula (remember that Mt. Vesuvius killed the aforementioned historian Pliny the Elder during a rescue mission and destroyed the city of Pompeii). That made volcanic ash and stone commonplace. And Rome was surrounded by seawater and needed many seaports, making the use of salt water handy. Evidence collected does suggest the Romans improved the mix by altering it over time, but with modern knowledge you would think that we could incorporate these methods rather quickly!

A couple of things get in the way of making modern application. One is that seawater is not always available and is more complicated than just adding salt to water. Also, the Roman mix, as we mentioned, gets even hotter during its formation than modern concrete, and that’s a difficulty for dry land construction projects. Plus, volcanic ash and rock, the necessary materials, are in limited supply, especially in locations without a volcanic history. In places where these materials are readily available, the researchers’ studies may prove useful for improving modern concrete by making it stronger initially and over time.

Meanwhile, you have to rely on the concrete that is already on hand. And if you want stronger modern concrete, you need to protect the steel and materials inside from the elements on the outside. That means adding on an epoxy coating! And that’s where California Custom Coatings of Sacramento comes in to the picture. Trust us to make your concrete look truly historic and to help it last as long as possible!

Does Concrete Make Heat While Curing? 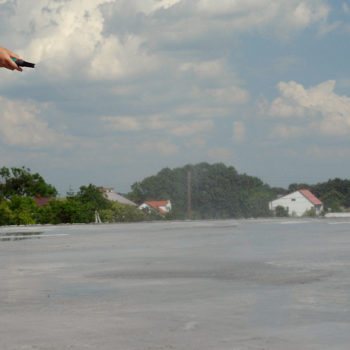 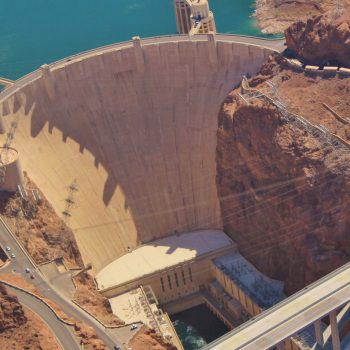